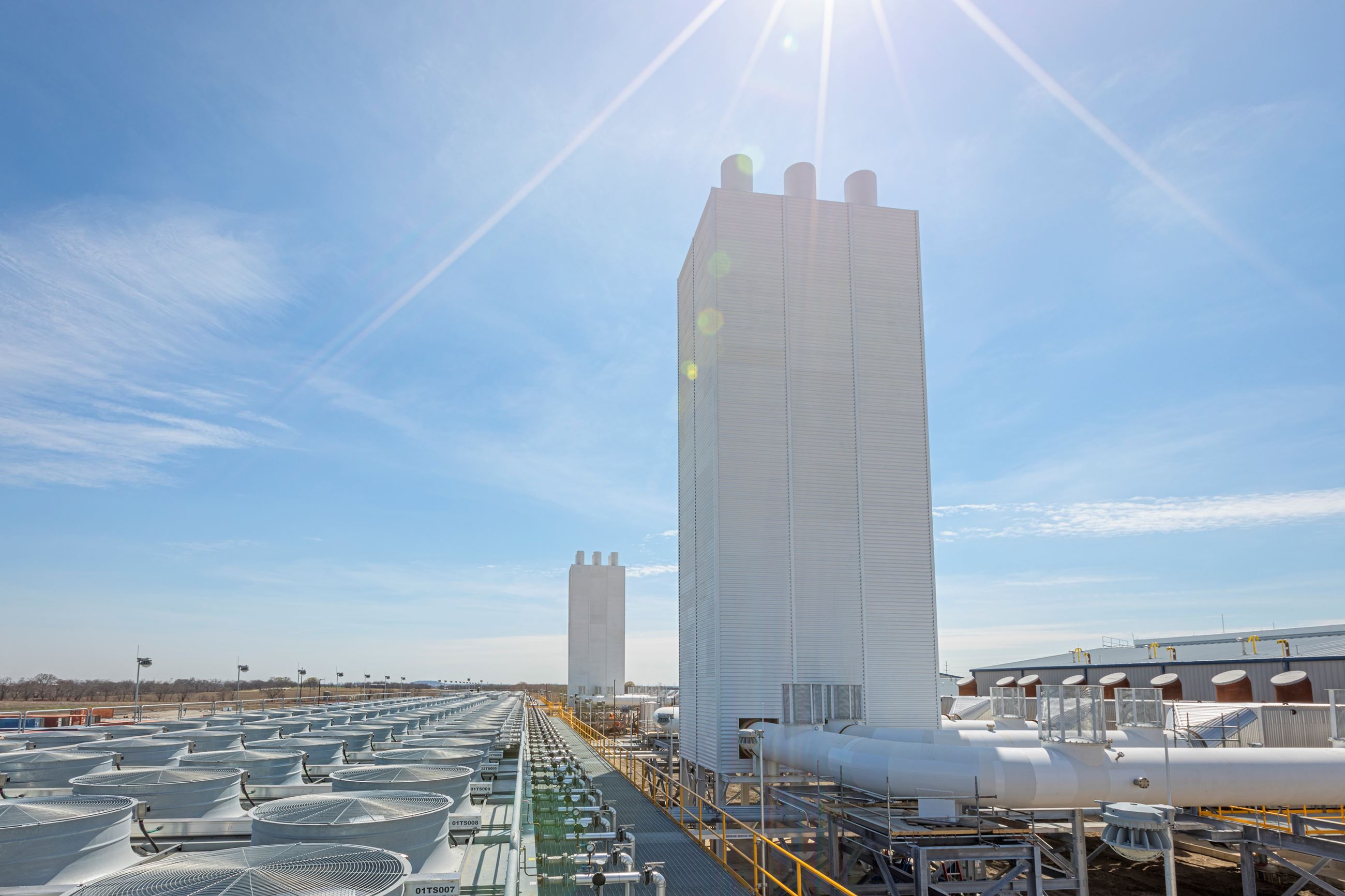 Denton Municipal Electric (DME) is committed to providing high quality, reliable, cost effective, and energy efficiency services for its customers in the greater Denton area. As one of the 2,000 community-owned and not-for-profit public power utilities in the country, DME provides service to 56,395 residential and commercial customers with Annual System Energy Sales of 1,469,144 Megawatt Hours (MWH).

What Is the Denton Energy Center?

On July 1, 2018, the City of Denton began commercial operation of a new power plant, the Denton Energy Center (DEC). The DEC is a natural gas plant with quick-start reciprocating engines that can be called upon when needed. The DEC also helps provide the City of Denton with a revenue stream to offset costs when energy demand and prices suddenly change. The DEC has the flexibility to produce energy at different levels while supporting DME's renewable power purchase portfolio and keeping a healthy balance sheet.

History of the Texas Electrical Grid(s) 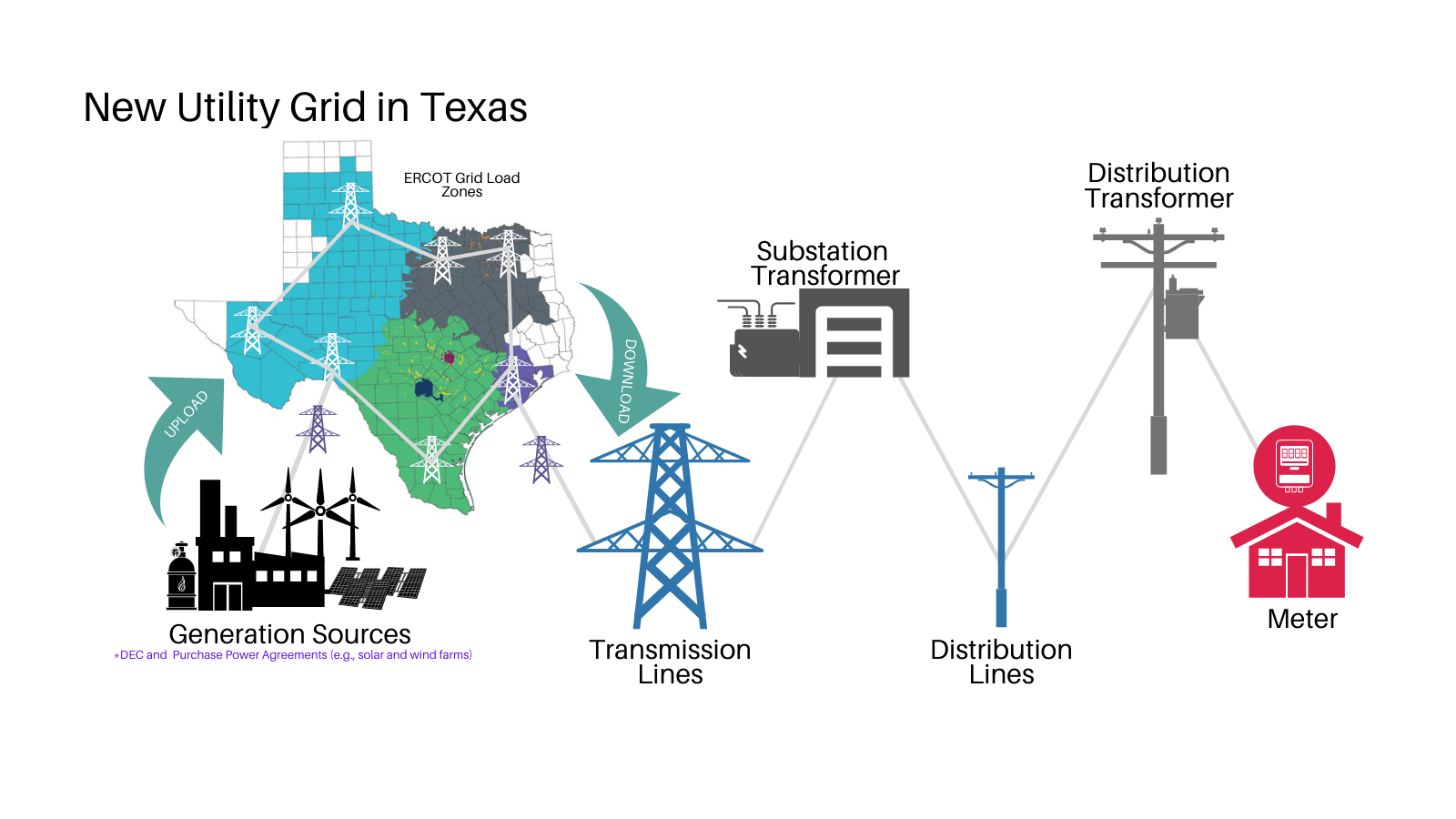 What is ERCOT and what role does it play? The Texas shared grid is managed by the Electric Reliability Council of Texas and became known as is managed by ERCOT. Texas is the only state in the lower 48 U.S. states to have its own power grid. There are three main grids in the U.S.:

Founded in 1970, ERCOT is one of 10 regional reliability councils in North America. It is an independent, membership-based, not-for-profit organization. Denton Municipal Electric is an ERCOT member.

The Electric Reliability Council of Texas (ERCOT) manages the flow of electric power to more than 26 million Texas customers-representing about 90% of the state's electric load. As the independent system operator for the region, ERCOT schedules power on an electric grid that connects more than 46,500 miles of transmission lines and 680 plus generation units. ERCOT is a membership-based 501(c)(4) nonprofit corporation, governed by a board of directors and subject to oversight by the Public Utility Commission of Texas and the Texas Legislature. Its members include:

Retail electric deregulation in Texas began in 2002. ERCOT now facilitates the operation of the retail competitive market. Denton Municipal Electric is not participating in retail deregulation; however, it does:

As we learned from the Texas grid(s) history, the ERCOT grid is essentially a pool of energy that flows throughout the state's thousands of miles of power lines. This pool is filled with power by power generators like the DEC so that energy distribution companies can deliver energy to their customers. The DEC's role in the ERCOT grid is to generate power to fill this energy pool when available power for consumption is not enough and the market price for that energy is higher than DEC's cost to generate it.

We have provided an archive of the monthly dashboards for the Denton Energy Center that give a snapshot of the following relevant DEC metrics:

DME operates the DEC under a Standard Air permit issued by the Texas Commission on Environmental Quality (TCEQ). The amounts are based on emission rates as determined by routine stack testing. The plant has two systems that are operated under a TCEQ Permit By Rule authority. We have provided an archive of the DEC's air emission monthly reports detailing: